Each generation needs to play its part 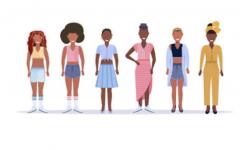 We are celebrating women’s month and as to be expected during this time people post different things on social media. These posts are often about honoring and celebrating women for their contribution to society. I saw one post a couple of days ago that did not sit well with me and I reflected on it. The post was titled “South Africa needs the skills of the women who led resistance”.  Somehow this headline did not sit well with me as I do believe that every generation of women has its own challenge and women should be able to rise to the challenge of the day.

Let me start by acknowledging those generations that came before us. They played a significant role in moving the needle and bring to the forefront the real issues facing women during their times. In 1956, before then and throughout the struggle women braved the apartheid regime’s onslaught against most black women and became a force to be reckoned with. They led numerous struggles at home, at the factory floor, in communities, etc. to get the powers that be to know that “Wathint’abafazi wathint’imbokodo’’.  They paved the way and they pioneered the women struggle.

I believe that the women of today have taken the baton and waged the struggle in different ways, often faced the manifestation of patriarchy and other societal evils in different ways.   They have been fighting amongst others, femicide, increased gender-based violence, higher levels of unemployment, increasing levels of poverty and increasing under representation in the boardroom. We saw with pride, how women leaders from various countries were leading the charge against the Covid-19 pandemic.

Historically the struggle waged by women is about the recognition that “Women matter” and they should form an integral part of finding societal solutions, if not lead these.  We should however recognise that the form and shape of such struggle maybe different however, the essence is the same and all generations should play their part in taking the struggle against women oppression and all its manifestations a step further. This requires different strategies and tactics, however we should not dare make the mistake of labelling the approaches to be less important. If we do that, we run the risk of weakening the course and start comparing each other and lose sight of the real enemy.

We need to build resilience, promote sisterhood and be firm in our resolve that no country can be free unless its women are free.  We need to support the struggles of young women today who often need role models and mentors to just walk the difficult path with them.   We need intergenerational conversations and support mechanisms that seek to understand each other and support one another through sharing tools, approaches and strategies.  We need to build a movement that collectively seeks to support every woman, regardless of age, in their daily struggles.  We need to distinguish between easy victories and the real struggle and if we lose focus the challenge will get bigger.

Let us understand that each generation might be faced with different manifestation of the problem but the struggle remains the same.